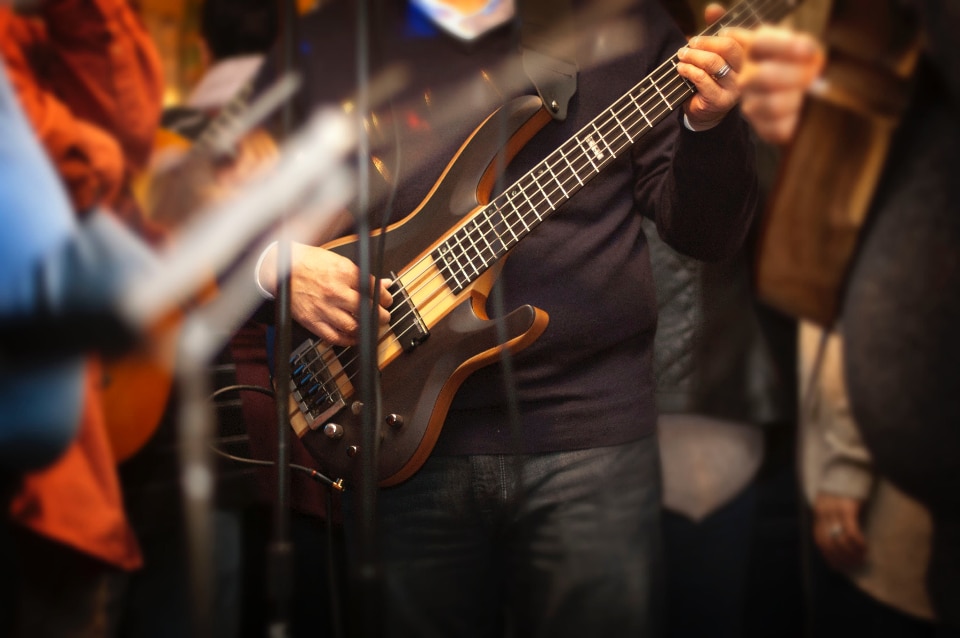 Learning how to navigate the seemingly endless pit of guitar chords when learning to play can feel overwhelming.

We’re here to make it easy for you with five must-know basic guitar chords.

Learning these chords will give you a better understanding of how to play guitar at the most basic level and build a foundation to further explore chords and their alternate voicings.

The first set of basic guitar chords we will start with is the CAGED system.

The CAGED system is built on five open chord shapes, including:

Each one of these chord shapes can be moved up or down the neck, sometimes with the addition of a barre, to play different chords.

That makes them excellent guitar chords for beginners.

Let’s take a look at the fundamental shapes.

Note that each chord diagram has numbers on the notes that represent the position of the fingers. 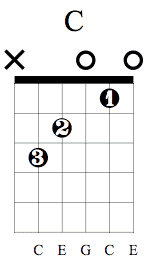 There is a reason that C major is one of the most commonly used basic guitar chords, using a combination of the notes C, E, and G. To play this chord, place your ring finger on the third fret of the A string and follow the diagram down in a slanted motion with your middle and pointer fingers.

This chord may feel tough to play at first, though your hands will get used to it after time!

To play this chord properly, omit the open low E from your strumming. 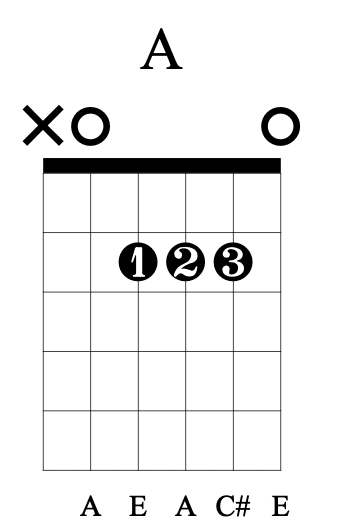 To play this chord properly, omit the open low E from your strumming. 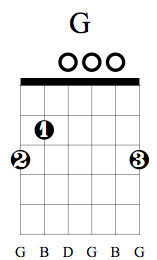 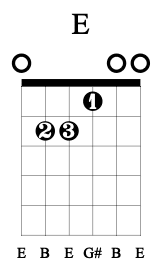 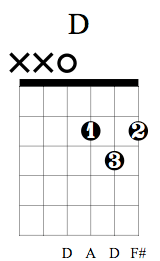 To strum this chord, you start on the open D note and move in a downward motion, omitting the open low E and A strings.

Beyond these open chords, here are a few other common beginner chords you might consider getting familiar with:

Regarless of if you’re playing basic guitar chords or more advanced versions, one of the main things we often tell new guitarists is to stop pressing down so hard. Allow your fingers to relax and only press down with enough tension so that the strings make contact with the frets. Pressing too hard can put a major strain on your hands.

It’s also important to note the curvature of your fingers and your finger placement. Your fingers should bend just enough that you don’t block the higher strings from ringing out. As for finger position, it’s crucial to get your finger as close to the fret you’re on as possible. The closer your finger is to the fret, the less effort you’ll have to put forth to get a clean-sounding note.

Remember to practice these chords with proper technique, and we guarantee that it’ll begin feeling like second nature in no time!

Tyler Connaghan has been playing guitar for 15 years. After graduating with a degree in music, he is working as a music producer and engineer in Los Angeles. He has written about guitar for several online publications.