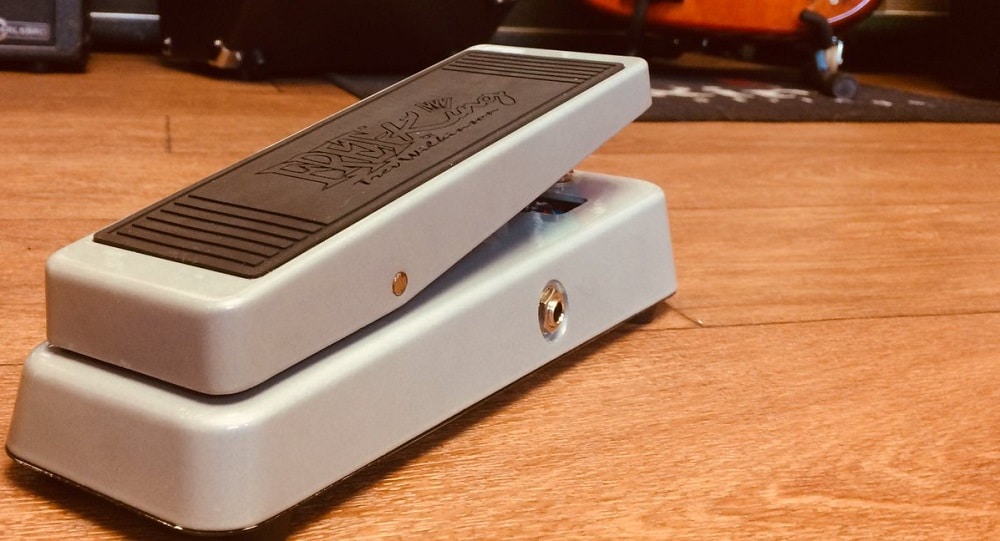 Simply put, if your wah pedal sounds it is saying the name ‘wah-wah’ out loud then it is on the right track. It has been a mainstay in the electric guitar space for some time and is one of the most recognizable sounds you can add to your rig. You’ll hear it in a wide range of genres and even some heavy-metal bands have found a use for it.

The unique manipulation of the sound has made it a pedal for the enthusiast and the experienced guitarist alike. Use it for a solo of your own or replicate a legend but make sure you buy a quality product. This is not a purchase that you want to get wrong as a low-quality wah pedal can make you question your ability. With this in mind, we have created a list of the best on the market.

We’ll start with this beast of a wah pedal as it is the most durable and offers a sound. You can plug it in via an adapter or a battery so it is easy to make it follow you across the stage and the pleasant treble when you push your toes down is great, and push your heel down for more bass.

The Crybaby has a legendary status thanks to its roots from the 60s and has been used by some of the world’s greatest guitarists including Hendrix, Clapton, and many more. It’s a full-size pedal so you’re going to have to find plenty of room for it on your pedalboard but it comes with a one year warranty and a reputation for being easy to use. Play with different speeds and intensities to unlock new sounds.

One of the most versatile wah pedals that outs you in full control of the sound as you tweak the sound to your taste. This is by playing with everything from the treble and bass to the wah-q and bias. It has an organic sound, one that is deserving of the price tag and it allows you to move across the spectrum of wah sounds from a subtle sweep to those almost alien-sounding long, dramatic sweeps that are fun to play around with.

It’s not as big as some of the other brands which save you a bit of room on the pedalboard but it is still built to withstand the rigors of tour life and constant use.

The switchless function of this quality wah pedal makes it easy to get on with as when you take your foot off it moves straight to bypass and you only need to step on again to re-engage. As with anything with the Steve Vai seal of approval as this has had since its creation in 1996, it is going to be worth considering and both the Bad Horsie and Contour modes make it easy to see why he put his name to it.

Two knobs allow you to make adjustments in contour mode so you can play with the level of the wah and the frequency to make it suit your style of song. Unlike some of the other options out there it is easy to change the battery on this wah pedal and with an LED light to let you know it is on and a two-year warranty, there is plenty to like.

The word classic sums this wah pedal up well as its simple design complements the tones of a different era that still hold up today. Although it is pretty lightweight it has a solid feel to it and the foot pedal has a good amount of grip. For the price, it is hard to find a better value wah pedal and it is responsive enough for it to be a worthy consideration for a beginner.

The legendary wah-wah tones ensure it is going to be a favorite for years to come, particularly with the low-end sweep. It’s not as easy to use when sitting so you might have to stand and jam your way through your favorite solos as you move the pedal up and down.

This is one of the best wah pedals for anyone who likes to follow emulate the sound of their favorite bands and guitarists as it is used by the likes of the Rolling Stones, Joe Satriani, The Black Crowes, and more. It was made using the legendary sound of vintage wah pedals and making adjustments to create their unique sound.

For a wide sweep range, this is one of the best and you can even adjust the bass and gain. The Fulltone Clyde is a true bypass model with low noise that ensures the clarity is always there without interference and offers the user the muted trumpet sound that is so sought after when it comes to wah pedals. The footswitch is best described as sensitive which suits some people more than others but it doesn’t take long to get used to.

There are 3 different effects to choose from which is a great way of saving a bit of money and space on your pedalboard.

You get wah but also volume and expression which means you can mix them to create a unique sound and the adjustable control range is excellent and has quite the presence at both the low and high end.

It is also compact, especially compared to some of the other brands on our list and has a sound that is based on the original CryBaby wah pedal. This means you are in good hands and have a stand out sound that gives your lead sections more presence making it excellent value considering the affordable price.

Not unlike the flange and distortion pedals of the world, wah has one of the most easily distinguishable sounds which means it can be a lot of fun. This is especially the case because of the use of your foot to control the pedal which means that getting to grips with the technique is a skill in itself.

Still, some products are easier to use and of course, the sound quality differs greatly. To make sure you end up with a quality wah pedal, we have created the following buyer’s guide.

What To Look For In A Wah Pedal

This is to do with the tension in the foot pedal so when you apply the pressure, how much do you need to push your toes all the way down? It is a matter of personal taste though as not everyone wants a sensitive pedal and some prefer something responsive without being too eager to move down too fast.

Because of the way you use them, a wah pedal must be durable. This isn’t an ordinary stompbox so expect the best wah pedals to be made with sturdy metal housing and be weighty enough to be out through its paces without being too bulky.

The good news is that although they are typically one of the larger pedals, you can save some space on your pedalboard by purchasing a compact wah pedal. There are even some products that sit between full size and compact which is useful for anyone with large feet.

Because they are made to be stepped on, wah pedals are generally pretty durable. This isn’t always the case though and you never know when you might push the pedal beyond its limits. Because of this, it is always advisable to try and find a product that comes with a warranty of at least a year or two to protect your purchase.

There is little point in buying the most expensive product you can if you don’t use all the features. Some people will find it difficult to find a good sound, even on the best wah pedals if they don’t know how to use them properly.

This is why it is important to find a product that is easy to use and that won’t break the bank unless you can afford it.

How Much Does A Wah Pedal Cost?

A reputable wah pedal that is worth considering cannot typically be found for under $70. You might get lucky and find a decent product in a sale to take it within that range but otherwise, stay clear of the cheap products.

Closer to $100 you get a good sound with a couple of features that allow you to tweak the sound to your taste. We recommend extending your budget to $150 if you can. This opens up more possibilities with multiple voices and modes and a sturdy build to ensure it lasts for years.

Where Should I Place My Wah In A Signal Chain?

Another important consideration is where you should put your wah pedal. Most people advise that you should place it as close to your guitar as possible with only a tuner being closer at most.

This is because when you place it further away it waters down the sound and reduces its impact. When you put other effects in between you push the quality of their sound forward, and your wah will suffer as a result. Because a wah pedal isn’t there to sit patiently in the background, keep it as close to the guitar in the chain as possible.

The sound of a wah pedal is one of the most unique and when played on its own it replicates the sound of a human voice mixed with other voices. When paired with the likes of distortion you get a blend of the two effects but at both ends of the foot pressure scale, you get completely different sounds.

With the heel down it mutes things and can almost give it the underwater sound that you may have heard in different songs. Get the toe end down and experience different tones and treble, then rock your foot back and forth to get the spectrum of wah sounds that people love.

Can I Combine A Wah Pedal With Fuzz?

Although you might think that combining two characterful sounds is going to make for an even bigger one, this isn’t really the case. It lessens the impact of both and things can get pretty messy.

Wach one hinders the other and things sound pretty chaotic, making it almost impossible to distinguish the tones. It will cause quite a stir though, just not in a good way.

What Is The Best Wah Pedal?

This is a tricky one as a lot of the best wah pedals are worth considering. Depending on your budget, you might have to settle for the best affordable option over performance but overall, we found the Dunlop GCB95 Cry Baby Wah Guitar Effects Pedal to be the best.

It has the legendary name behind it and since it has been going strong for decades, it is a remarkably popular one too. It sounds great for a broad range of sweeps and a reasonable price tag to make it easy to get your hands on the same pedal used but some of the world’s most famous guitarists.

If you’re looking to resolute the sound of Hendrix or Clapton, what better way than using the same pedal as the guitarists themselves? The one year warranty included sweetens the deal but remember that it is a full-sized wah pedal so you’ll have to make room for it on your pedalboard. 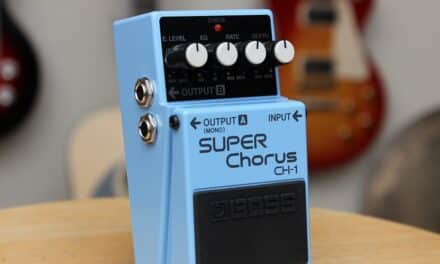 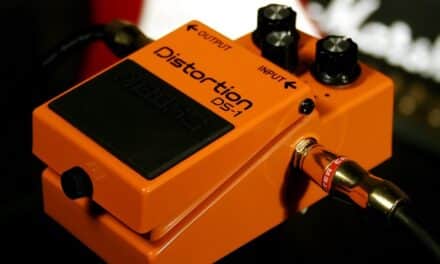 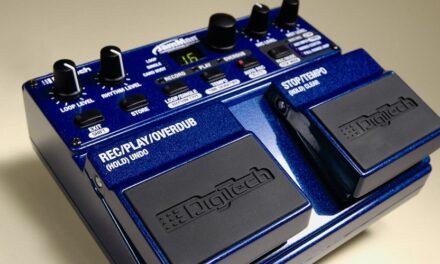 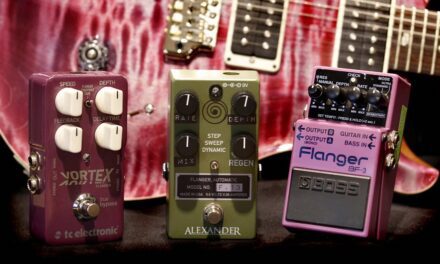 Get the latest reviews of pedals, amps, and more - plus special discounts!

Thanks! You'll get your first email soon